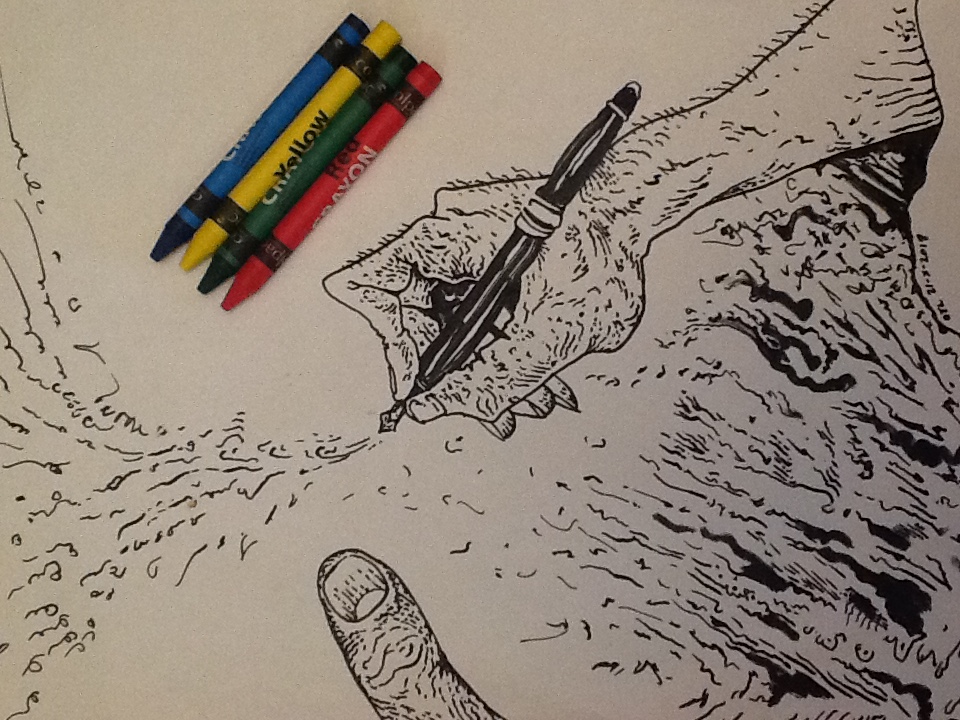 Developing a sudden penchant (quixotic and mercurial) for psychogeography, that dodgy fad which swept the UK in the 1990s, AMM All-Stars (Peter Baxter - percussion; Robert Goldsmith - baritone sax; Paul Shearsmith - trumpet, pipes, squeakers, Jew's harp; Dave Black - electric guitar; Graham Davis - synths; Luke Davis - typewriter; Out To Lunch - splash'n'klang, piano, mouthnoise) drift towards the Old Kent Road, the A2 and the pantechnicon-shaken domicile of the band's public poet, only to wind up drinking Guinness in the Dover Castle on Great Dover Street in SE1. In a corner, mumbling to himself, there's a 75-year-old mendicant in a shabby, moth-eaten brown velvet suit. Stooping to listen, Baxter and our crew of bolshie musos are charmed by his rants about Roman Catholic reliquary, Dover Beach and Brexit. He's given a stiff whisky and a brush-up, and dragged along to Resonance FM radio on Borough High Street and presented as Iain Sprinkle, top London author, on Ben Watson's Late Lunch with Out To Lunch. So that was how this particular episode came about, laities and gentlenuns ...
Resonance FM Sound Engineer: Oli Guard
Penmanship: OTL
Stationery: Graham "Gabba Zappa" Davis